Bloomberg, the mayor who would be Caesar 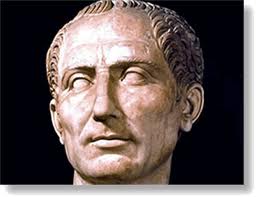 Have I shown you my legions?

Every time this guy opens his mouth, he proves he’s not only an arrogant plutocrat but also a dangerous creep:

New York City mayor Michael Bloomberg said the New York Police Department was like his own personal military force during a speech at the Massachusetts Institute of Technology, according to PolitickerNY.

“I have my own army in the NYPD, which is the seventh biggest army in the world,” he said. “I have my own State Department, much to Foggy Bottom’s annoyance. We have the United Nations in New York, and so we have an entree into the diplomatic world that Washington does not have.”

Bloomberg was speaking about why he prefers City Hall to the White House. But later in the speech, he raised the possibility that he would seek the presidency. He claimed the executive duties performed by mayors prepared them for the White House better than other political positions.

Bloomberg recently came under rhetorical fire for the NYPD’s actions in Zuccotti Park. When police moved to evict “Occupy Wall Street” protesters, reporters were prevented from witnessing the scene and some were even arrested.

The city also closed airspace in lower Manhattan to prevent news helicopters from taking aerial footage of the police crackdown.

The human rights organizations PEN American Center and PEN International condemned the restrictions on press coverage as “an obvious abridgement of the First Amendment right of all Americans to monitor official actions that clearly carry their own First Amendment concerns.”

Imagine if the well-manicured mayor, who bought himself a third term, were actually to become president and have control over the real army.

This entry was posted in humor, mainstream media, Occupy Wall Street, Politics, weasel and tagged Caesar, I have my own army, Mayor Michael Bloomberg, NYPD. Bookmark the permalink.

1 Response to Bloomberg, the mayor who would be Caesar