A semi-grudging salute to Hitchens 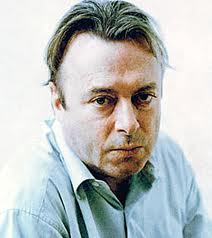 My respect for Christopher Hitchens’ talent never waned, even when he used it to defend the likes of George W. Bush. Hitchens often argued that his support for the Iraq war followed logically from his abhorrence of tyranny in all its guises. His Satan was Joe Stalin, and he saw Saddam Hussein as a minor Stalin, and to hell with the actual reasons, or lack of reasons, for going to war. It was as if he were saying, “Bush is a moron, but that’s irrelevant. Saddam has to go.”

The fatwa against Salman Rushdie possibly triggered Hitchens’ shift to the right, but who can say for sure? He took the path of many iconoclast/contrarians who reach a certain level of notoriety — i.e., he abandoned the version of himself that many people took for granted and, in the process, seemed to enjoy pissing off those who assumed he was on their side simply because, for example, he despised the war criminal Henry Kissinger.

Even in the years when his views were strongly leftist, there may have lurked in Hitchens a contempt for people who presumed to know what the masses wanted, or needed. An admirer of George Orwell, he contemned the mob mentality, the gleeful surrender of decency and reason, that comes with being a member of the party — any party — in which people decide their individuality counts for nothing compared to the will of the leader, and the leader’s cause.

He was widely and sometimes rightly criticized for focusing on “Islamofascism,” but it’s not as if he didn’t recognize the threat of neo-fascism in the West, especially among fanatical Christians and white supremacists. Here’s what Hitchens had to say about Glenn Beck’s “Restoring Honor” rally in August 2010: “The numbers were impressive enough on their own, but the overall effect was large, vague, moist, and undirected: the Waterworld of white self-pity.”

Hitchens didn’t do self-pity, not publicly. He was too busy examining and evaluating, even right before he died, when he wrote a piece about the familiar maxim attributed to Nietzsche — “Whatever doesn’t kill me makes me stronger.”

A ridiculous notion, and Hitchens laughed at it. He was gutsy and clear-eyed and eloquent, even with the end in sight.

1 Response to A semi-grudging salute to Hitchens