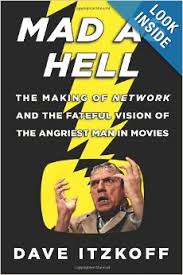 I recently discussed with my friend Swamp Rabbit the sappy Coca-Cola commercial that features, as Guardian UK put it, “a multi-lingual rendition of ‘America the Beautiful’ sung by children and illustrated with a diversity of New Americana scenes…” The usual bigots and bumpkins condemned the ad because it seemed to promote multiculturalism. GOP zany Allen West was disappointed that “a company as American as Coca-Cola” didn’t do an English-only ad.

Liberals also registered indignation. As Guardian‘s Jill Filipovic noted, the aim of the ad was “to sell soda to rapidly-expanding but vulnerable populations, even if that means contributing to serious health problems, exploiting divides in class and education, and exacerbating racial inequality.” She added,

…consumers should have more affordable options, corporate advertising of unhealthy food should be regulated more tightly and Americans should be collectively enraged at our obscenely low wages and lack of a comprehensive social safety net – the things that create unhealthy, perverse incentives for consumers. It means we should cast a critical eye when soda companies fly the flag of diversity, when, in fact, their product contributes to stark racial inequalities.

Swamp Rabbit was sipping Wild Turkey from a dirty glass. He read the Guardian piece and said, “What’s this ‘should be’ and ‘cast a critical eye’? I thought she was gonna tell us how to bring down the flag-waving traitors who run the corporations that are wrecking the middle class and the poors for the sake of higher profits.”

I shook my head and said, “She’s a liberal, don’t you know? Liberals in our time like to complain about injustice, but they always stop short of advocating the sort of actions that would put an end to corporate bribery, tax-dodging and exploitation of workers.”

I reminded the rabbit that Coca-Cola and other mega-corporations are permitted to operate like quasi-autonomous entities, not bound by ordinary laws. Coke’s CEO has bitched about the company’s “very large tax burden” in the United States but, as Bud Meyers blogged:

… In actuality, Coca-Cola enjoys very low federal taxes, and pays a lower tax rate than most Americans. According to Citizens for Tax Justice, in 2011 the company’s federal tax expense was $470 million, which was only 6.5 percent of the $7.2 billion in pre-tax profits that Coca-Cola reported that year. It’s odd that Coke’s CEO would complain about taxes when the statutory corporate tax rate hadn’t been lower than what Coke paid for over 100 years.

The bigots are too stupid to understand the Coca-Cola ad was nothing more than a cynical marketing ploy. The liberals are too timid to admit nothing will change until we radically alter the rotten political system that allows multinational corporations and super-rich individuals to exist above the law, with enormous amounts of revenue stashed in offshore tax havens.

Swamp Rabbit twitched his nose and said, “Government these days ain’t nothin’ but legalized bribery. What we need is a revolution.”

Then he popped the zip top on an aluminum can and poured some Coke on his bourbon.

Footnote: I thought of the Coke commercial after reading about the publication of Dave Itzkoff’s book Mad As Hell: The Making of Network and the Fateful Vision of the Angriest Man in Movies, which is largely about prophetic screenwriter Paddy Cheyevsky, who invented Howard Beale, the big screen’s most amusing enemy of corporate America.