The ill logic of the lower classes 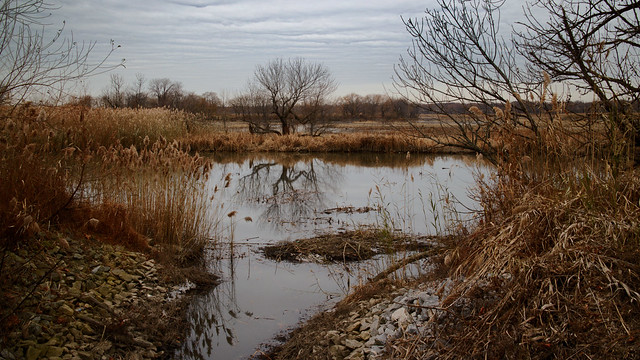 It’s the Eighth Day After the Solstice, and I’m back at the shack after checking up on my old house, which stopped feeling homey after a tree fell on it last year. Some of my old neighbors are doing OK, judging by the number of houses with Christmas decorations. Some of the those who weren’t doing OK have died. Others — the ones who, because of joblessness or a catastrophe, couldn’t make their mortgage payments — have simply disappeared.

On my way back to the swamp I ran into one of the disappeared — a big, blustery guy who used to remind me of a circus strong man, probably because of the striped tank tops he wore in the summer. Today he was wearing dark glasses and a ratty coat with a big hood, and he seemed about four inches shorter, but I recognized him and said hello as we crossed paths on the sidewalk. He returned my hello but didn’t stop walking. I got the impression he was homeless but I can’t be sure, because I didn’t stop walking either.

At the shack I asked Swamp Rabbit, an amateur psychotherapist as well as a closet bibliophile, why my former neighbor and I had shied away from each other. He spit into the Tinicum swamp and said, “Your ex-neighbor feels like a bum. He’d feel even more like a bum talking to you, because you knew him when he had a house. And I reckon you didn’t want him to know you feel like a bum, too.”

I reminded the rabbit that I’m a fiction writer, not a bum. He asked me what the difference was. It was noon, but he already smelled like he’d finished off a bottle.

I said, “You’ve got a lot of nerve calling me a bum, all you do is drink Wild Turkey and spit in the swamp.”

“Think about it,” he replied. “It ain’t just them hyper-capitalists and their lap dogs in Congress that blame poor people for being poor. The poors blame themselves. They don’t even raise hell when food stamps get cut and unemployment benefits get killed after six months. If they do raise hell, it’s agin each other.”

“You don’t understand the fear, you dumb rodent. I’m all for raising hell, like I said last week, but I have to be careful. The New Deal is done, the rich have the whip hand until things change again.”

I read him the tail end of a column by Paul Krugman:

Too many Americans currently live in a climate of economic fear. There are many steps that we can take to end that state of affairs, but the most important is to put jobs back on the agenda.

The rabbit twitched his nose and chuckled. “Whose agenda? Jobs are on your agenda if you’re jobless, but they ain’t if you’re in the owner class. The owners don’t need more workers, they’re making bigger profits without them. Who’s gonna make them start hiring?”

I threw one of his empty bottles at him. It’s annoying when the varmint makes more sense than that guy in The New York Times.

1 Response to The ill logic of the lower classes