In today’s U.S.A., Ellsberg would be deep-sixed 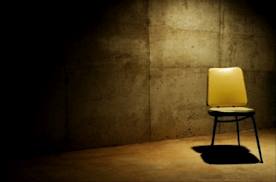 Regarding a convergence of stories about truth tellers: Last week I watched The Most Dangerous Man in America (2009), about Daniel Ellsberg’s decision to shred the web of lies spun by government officials in their successful effort to pursue full-scale war in Vietnam. I’d forgotten how extraordinary Ellsberg was — he was a government insider who’d tried to make himself believe his colleagues were honest and the war worth pursuing — and how much the American justice system has changed since he presented the New York Times with a copy of the Pentagon Papers in 1971.

Ellsberg was arrested and charged under the Espionage Act, but he remained free for two years, speaking out against the war, until his trial began. Charges were dismissed after evidence of government misconduct — illegal wiretapping, the ridiculous Watergate break-in, and so on — was brought to light.

Watching the film, I wondered what would happen to Ellsberg if he’d blown the whistle on government liars in, say, 2013. Would he be out on bail and allowed to speak freely? Here’s Ellsberg answering those questions in a piece about whistleblower Edward Snowden:

I hope Snowden’s revelations will spark a movement to rescue our democracy, but he could not be part of that movement had he stayed here. There is zero chance that he would be allowed out on bail if he returned now and close to no chance that, had he not left the country, he would have been granted bail. Instead, he would be in a prison cell like Bradley Manning, incommunicado.

He would almost certainly be confined in total isolation, even longer than the more than eight months Manning suffered during his three years of imprisonment before his trial began recently. The United Nations Special Rapporteur for Torture described Manning’s conditions as “cruel, inhuman and degrading.” (That realistic prospect, by itself, is grounds for most countries granting Snowden asylum, if they could withstand bullying and bribery from the United States.)

Snowden believes that he has done nothing wrong. I agree wholeheartedly. More than 40 years after my unauthorized disclosure of the Pentagon Papers, such leaks remain the lifeblood of a free press and our republic. One lesson of the Pentagon Papers and Snowden’s leaks is simple: secrecy corrupts, just as power corrupts.

If freedom to leak information about corruption in government is the country’s lifeblood, then we’re badly in need of a transfusion. And if we’re counting on the mainstream press to fight for its right to report corruption, as it fought in Ellsberg’s time, we are truly screwed. It’s worth noting that prominent mainstream journalists — the dopey David Gregory and Wall Street sycophant Andrew Ross Sorkin come to mind — have behaved like mouthpieces for the government in their coverage of the Snowden story.

Ominously, the major news outlets are becoming more timid — more tightly controlled by their corporate owners — at the same time the government is using police-state tactics to make it harder for activists to protest the government’s attack on free speech and other rights we once took for granted.

Future historians will write volumes about America’s transition from democracy to police state in the decade following the 9/11 attacks. They will note that the free press’s last hurrah in an adversarial role with government took place in the 1970s, and that Americans, by and large, turned out to be just as inclined to accept government tyranny as Germans in the 1930s.