Poe at the billionaires’ bash 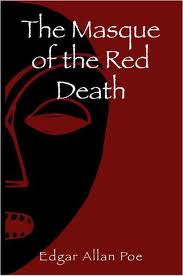 Bill Moyers and William Winship commenting on the arrogance of “imperial swells” who throw grand parties to congratulate themselves on their great wealth:

This one occurred here in Manhattan at the annual black-tie dinner and induction ceremony for Kappa Beta Phi. That’s the very exclusive Wall Street fraternity of billionaire bankers, and private equity and hedge fund predators. People like Wilbur Ross, the vulture capitalist; Robert Benmosche, the CEO of AIG, the insurance giant that received tens of billions in bailout money; and Alan “Ace” Greenberg, former chairman of Bear Stearns, the failed investment bank bought by JPMorgan Chase.

They got together at the St. Regis Hotel off Fifth Avenue to eat rack of lamb, drink and haze their newest members, who are made to dress in drag, sing and perform skits while braving the insults, wine-soaked napkins and petit fours – those fancy little frosted cakes – hurled at them by the old guard. In other words, a gilt-edged Animal House, food fight and all.

This year, the butt of many a joke were the protesters of Occupy Wall Street… The whole affair’s reminiscent of the wingdings the robber barons used to throw during America’s…Gilded Age a century and a half ago, when great wealth amassed at the top, far from the squalor and misery of working stiffs…

It’s also reminiscent of “The Masque of the Red Death,” the Edgar Allan Poe short story in which a thousand royals in an unnamed territory hole up in a walled abbey to protect themselves against a disease that’s killing off the common people. At some point the royals grow bored and throw a masquerade party. A mysterious figure in a blood-stained robe and a death mask disturbs the mood of the revelers. They attack the offending figure but discover there’s no form under the costume, just the dread disease:

…And one by one dropped the revelers in the blood-bedewed halls of their revel, and died each in the despairing posture of his fall. And the life of the ebony clock went out with that of the last of the gay. And the flames of the tripods expired. And Darkness and Decay and the Red Death held illimitable dominion over all.

Poe may or may not have meant the story as an allegory, but I sure as hell like reading it that way. The revelers at the St. Regis — “the winners in our winner-take-all economy,” Moyers calls them — are the revelers in Poe’s abbey. The only thing lacking in the modern version of the story is a similarly satisfying ending.

1 Response to Poe at the billionaires’ bash