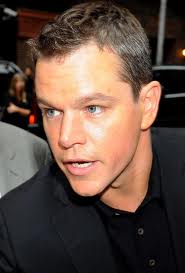 Daniel Craig, star of The Girl With the Dragon Tattoo, recently sounded off about politicians, especially the ones who pretend to be hip and progressive in order to win the favor of liberal-minded celebrities:

“Tony Blair started it much more than anybody’s ever done. ‘Go and have tea at 10 Downing Street,'” he said of the former British Prime Minister. “It becomes ‘Mephisto,'” Craig continued, alluding to the famous book about an actor who ingratiates himself to Nazis in hope of winning a prized part.

“You immediately are aligning yourself with a political party. Politicians are shitheads,” Craig asserted. “That’s how they become politicians, even the good ones. We’re actors, we’re artists, we’re very nice to each other. They’ll turn around and stab you in the fucking back.”

Craig’s remarks were from a story picked up by Huffington Post. Something similar to his assessment of Blair — referred to by non-fans as “Bush’s poodle” because of Blair’s unwavering support of Bush’s disastrous war in Iraq — was voiced years ago by Noel Gallagher, the former guitarist and songwriter for Oasis:

“The fact that [Blair had] been in a band, owned an electric guitar and has probably had a spliff was Prime Minister really meant something, after years of John Major and Margaret Thatcher. He just might be one of us,” [Gallagher] told one interviewer (via the Daily Mail). “In hindsight, it turned out he was just a politician like all the rest. I was brought up as a Labour voter and it was euphoric when they got into power. I didn’t realize it wasn’t New Labour at all – it was the Tories dressed in red.”

The Tories dressed in red. I wonder if there’s a catchy phrase that’s been used by some American activist star to describe the Democratic Party since the reality of Obama’s broken promises sank in. I’m thinking of all the celebrities — U2, Denzel Washington, Sheryl Crow, Beyonce, on and on — who performed or gave speeches at a pre-inaugural concert for Obama, in 2009.

I wonder how many of these stars, if asked, would echo Matt Damon’s recent remarks:

“I’ve talked to a lot of people who worked for Obama at the grassroots level. One of them said to me, ‘Never again. I will never be fooled again by a politician,'” Damon tells [Elle] magazine. “You know, a one-term president with some balls who actually got stuff done would have been, in the long run of the country, much better.”

2 Responses to Politicians and celebrity suckers