A glass-half-full take on OWS clearout 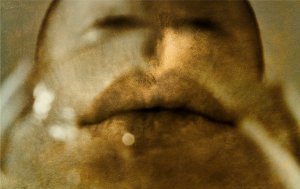 Tuesday was a career-defining day for Mike Bloomberg. First he ordered Zuccotti Park cleared by paramilitary cops who roughed up and/or arrested many protesters and a few reporters in the process. Then he ignored a court order to allow the protesters to return to the park, stalling until he found a judge who would make a ruling more to his liking:

Supreme Court Justice Michael Stallman on Tuesday denied a motion by the demonstrators seeking to be allowed back into the park with their tents and sleeping bags. Police cleared out the protesters in a nighttime sweep early Tuesday. The judge upheld the city’s effective eviction of the protesters after an emergency appeal by the National Lawyers Guild… After the ruling came down, protesters were allowed to reenter the park, albeit without any bulky items or large backpacks.

Many observers have assumed a glass-half-full attitude regarding Bloomberg’s attack on protesters and their First Amendment rights. Ezra Klein thinks the mayor did the movement a favor because the resolve of the the Zuccotti Park occupiers would have weakened significantly as weather worsened:

I don’t know about that, but I’ll bet the police-state tactics Bloomberg used woke up a lot of liberals who’ve been sitting on the fence regarding the Occupy movement. If it didn’t, then this country is in even worse shape than it seems.

1 Response to A glass-half-full take on OWS clearout