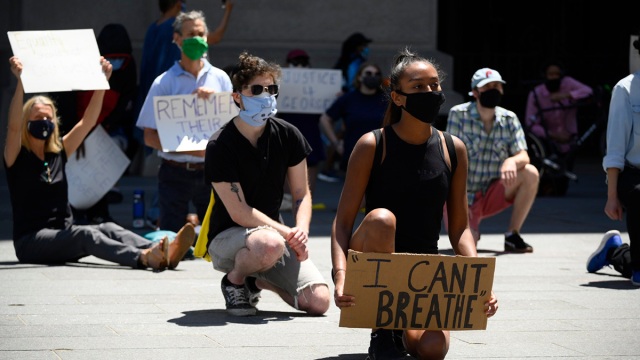 I was jawing with Swamp Rabbit when my phone started making those strange emergency alert noises. “Only essential personnel allowed outside,” the text read. WTF? We figured a tornado was coming, or maybe a nuclear attack.

In fact, the alert was to announce an 8 pm to 6 am curfew to help Philadelphia weather the wave of protest that has rocked American cities since we all saw the video of white cops slowly killing an unarmed black man in Minneapolis.

It was a racially diverse crowd of protesters in Philly, as it was in many other cities. Most of them were peaceful but a rowdy contingent was trashing shops and restaurants in Center City, a long way from my shack in the Tinicum swamp but close enough to be distressing.

“We’re screwed,” I said. “A lot of those stores were closed for months because of the COVID-19 lockdown. Now they’re being looted. The one-two punch could knock them out for good. The city might never recover.”

“Don’t blow your wig,” Swamp Rabbit replied. “It could be worse. There ain’t no shootin’ going on.”

The next day, Sunday, I dragged myself out of the swamp and biked uptown to see the damages. Walnut Street still smelled like smoke. Workers were sawing off chunks of plywood to seal up some of the trashed storefronts. Swamp Rabbit was right — no shootings, and the destruction could have been much worse.

But it wasn’t over. Later that day looters hit other retail spots, including the 52nd Street business strip in a mostly black neighborhood where renewal efforts have been going on for a long time. I told Swamp Rabbit that the looting of small businesses there was sickening.

“Not as sickening as them cops murdering George Floyd in broad daylight,” he said. “Or them white-collar looters using that stimulate package to steal billions that should go to poor peeps.”

“You mean stimulus package, rabbit, but never mind. Maybe these protests are the tipping point. When tempers cool, we can…”

My phone started squawking with red alert sounds; it was curfew time again.