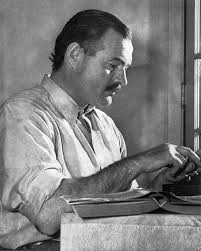 This year there were many victories. The Patriots captured the big town beyond the northern lakes where the Vikings sail and there was a victory over the Chiefs on a great plain and the Pats went back East and crossed the bay to a fort with a field of fake grass near a large building with a restaurant on many floors in a village called Foxborough. The town was very nice and the fort was very fine. There were more victories and the townies toasted the Pats in the cafes and bawdy houses.

The leaves fell and a cloud rolled off the bay and suddenly the Pats were in it and it was snow. The winter took hold and the town was different. The war was changed too. The Pats broke camp and flew south and west to a bawdy house in the desert for the final battle. The day was clean and cool and the night was even better. The Pats and Seahawks fought till they were weary and left the field.

I watched the second half on a flat screen at a galleria and ate spicy Doritas and drank Powerade Zero with Miss Barkley. “Call me Catherine,” she said. The galleria was very nice and Catherine was very fine. We held hands. Katy Perry lip-synced “Firework” and sailed around the field on a boom crane and shouted “God bless America.”

The troops fell into line and trotted back onto the field. The Seahawks brought up trench mortars and blew a big hole in the Pats’ front line. The Pats regrouped and counterattacked. The Seahawks held the line and attempted a coup de main. It failed and the Pats prevailed.

I was on assignment but the night was young. I told Catherine her hair was very beautiful. We drove for hours and jumped into a boat and rowed to a hotel in Switzerland. “And you’ll always love me, won’t you?” Catherine said.

In the morning I rolled out of bed to write my story. I stared at the blank page until I remembered the details of the game. The players wore splendid uniforms and butted heads often and were very brave. In a few weeks I won’t even remember who played. I filed my story and put on my coat and walked out into the rain.

Editor’s note: Last year I sent Virginia Woolf to cover the game, but she made a mess of it. It was a boring affair, so she left early and filed something about a lighthouse.