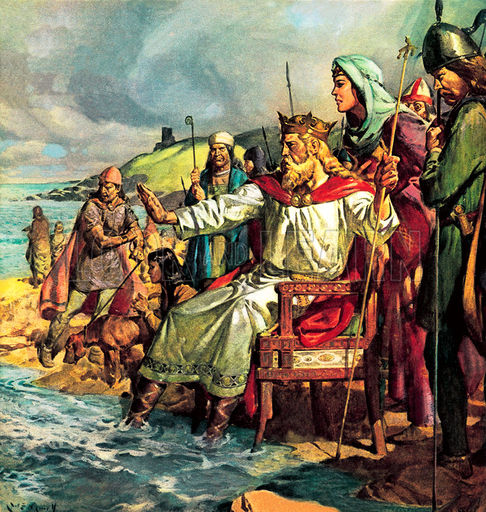 New Jerseyans know better than to mess with Gov. Chris Christie. They’ve heard him dis firefighters who want decent pensions, shout down schoolteachers who defend the public school system, and heap scorn on skeptics who argue it’s foolish to spend huge sums on beach replenishment because the beaches will surely be washed away again in the next Sandy-size storm.

Christie scoffs at such negativity and at the suggestion that climate change is real. “I’ve got a place to rebuild here and people want to talk to me about esoteric theories,” he told NBC’s Matt Lauer on Memorial Day weekend. “We’ve got plenty of time to do that later on.”

“Later on” presumably means when billions more dollars are needed to bolster the barrier islands again, after Christie’s bid for the presidential nomination. Meanwhile, I’m picturing him as King Canute, in an extra-large beach chair on Long Beach Island, commanding Mother Nature to stop the next superstorm from rolling in.

Someone could be in for a rude awakening, and it ain’t Mother Nature.

Footnote: The firm that came up with “Stronger than the Storm,” a post-Sandy slogan for New Jersey that also works as a slogan for Christie in the upcoming gubernatorial election — is living proof that arrogant and stupid are sometimes synonyms.

One more: How come tax-hating Republicans who own beachfront property always expect taxpayers to bail them out after a big storm?