Are permatemps here to stay? 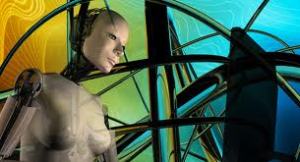 One of the things I can’t stand about Barack Obama is his glib complacency regarding the job market. He’s a great talker, but I’ve never heard him make a truly impassioned speech about putting the unemployed and the underemployed back to work. Worse, I’ve never heard him convincingly argue that the downsizing of the American workforce and the declining quality of available jobs — lower wages, fewer benefits, fewer hours — are reversible.

From an op-ed by Erin Hatton, author of The Temp Economy: From Kelly Girls to Permatemps in Postwar America:

…Low-wage, temporary jobs have become so widespread that they threaten to become the norm. But for some reason this isn’t causing a scandal. At least in the business press, we are more likely to hear plaudits for “lean and mean” companies than angst about the changing nature of work for ordinary Americans.

How did we arrive at this state of affairs? Many argue that it was the inevitable result of macroeconomic forces — globalization, deindustrialization and technological change — beyond our political control. Yet employers had (and have) choices. Rather than squeezing workers, they could have invested in workers and boosted product quality, taking what economists call the high road toward more advanced manufacturing and skilled service work. But this hasn’t happened. Instead, American employers have generally taken the low road: lowering wages and cutting benefits, converting permanent employees into part-time and contingent workers, busting unions and subcontracting and outsourcing jobs. They have done so, in part, because of the extraordinary evangelizing of the temp industry, which rose from humble origins to become a global behemoth…

When you see the word permatemps, think permafrost, the name given to surfaces that remain frozen over many years until radical climate change forces widespread thawing or melting. Is this what it will take to reverse the permatemps phenomenon — a radical change in the socioeconomic climate?

Good luck with that. The entrenched two-party system in this country is owned by big business. The established parties have swung so far to the right that a timid centrist like Obama is routinely referred to as a socialist by wing-nut politicians and pundits.

Will disenfranchised workers continue to passively accept their slide into serfdom? Who knows? Hatton’s column ends on this vague note:

If we want good jobs rather than just any jobs, we need to figure out how to preserve what is useful and innovative about temporary employment while jettisoning the anti-worker ideology that has come to accompany it.

But you can’t just jettison an ideology, not when its proponents hold all the power. What if the era in which pro-worker ideologies seemed to gather momentum in America, from the the 1940s to the 1970s, was an aberration? A freakish interlude between gilded ages? What if the liberal belief in slow but steady progress is bullshit? What if I stop with all these depressing questions?

3 Responses to Are permatemps here to stay?