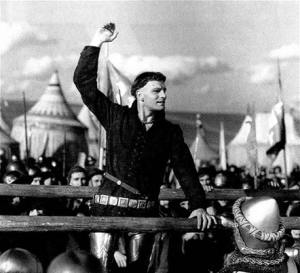 Listening to Barack Obama’s State of the Union address in 2012 was like listening to his campaign speeches in 2008. Every issue he’d placed in deep freeze during his first three years as president was brought out to thaw. His newly acquired disdain for companies that move jobs overseas and financial institutions that engage in crooked business practices was unambiguously voiced. His empathy with the working class was on full display, and expressed with such earnest vigor that it seemed I must have been an idiot to conclude he was on the side of the one percent.

At one point, emphasizing the importance of closing the gap between the haves and have-nots, Obama said, “You can call this class warfare all you want. Most Americans would call that common sense.”

So succinct. So impassioned. So bogus.

Read the speech and tell me if most of the the text, minus Obama’s brilliant delivery of it, amounts to anything more than variations on promises he made four years ago that remain unfulfilled, partly because he thought it wouldn’t be prudent to offend Wall Street or the mythical mass of independent voters who are turned off by populist ideas and programs.

But give Obama his due. Watching him speak, I thought of the ideal leader — someone like Henry V as played by Lawrence Olivier, rousing the English troops before the battle of Agincourt. I believed Obama’s speech as he delivered it, just as I believed Olivier’s, but I knew both men were going home to bed after their performances, not into battle.

At one point in the speech, Obama did promise something that sounded substantive:

Tonight, I am asking my Attorney General to create a special unit of federal prosecutors and leading state attorneys general to expand our investigations into the abusive lending and packaging of risky mortgages that led to the housing crisis. This new unit will hold accountable those who broke the law, speed assistance to homeowners, and help turn the page on an era of recklessness that hurt so many Americans.

Obama announced that the unit will be co-chaired by New York Attorney General Eric Schneiderman, one of the few high-level prosecutors whose actions have demonstrated a commitment to bringing down the banksters. But how much power will Schneiderman actually wield?