The Obama trap is closing on progressives 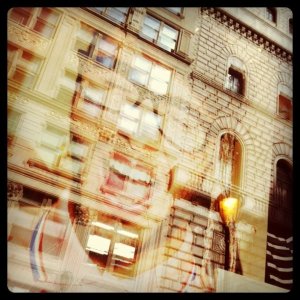 We gotta get out of this place! (tonywoodphoto)

My little girl you’re so young and pretty/And one thing I know is true/You’ll be dead before your time is due/Yes you will.

Obama now has Republicans cornered in budget negotiations. By accepting $33 billion in cuts for the remainder of 2011, Obama has taken the middle ground and exploited a major division within the Republican coalition. The administration has transformed a weak record into a strong political position. What made this possible was Obama’s willingness to betray progressives in Congress even before the budget conflict began. In February, Senate Majority Leader Harry Reid had criticized spending reductions in the range of $30 billion as “draconian” and “unworkable.” Now that figure is a floor. The left has already lost the budget battle — though the right has not yet won it. Obama clearly takes liberals for granted, shoring up his own fiscal reputation at their expense. Given their quiescence, it seems a good strategy.

And that’s the way it is, as Cronkite used to say. Barack Obama concedes $30 billion without being asked, then tacks on $3 billion more. Republican leaders might have to accept his generous offer, which includes cuts to programs that help the working poor, students and just about everyone else who isn’t wealthy. This along with his cooperation in extending bonus tax cuts for the wealthy that increase the deficit by $858 billion.

Damn, he sure did outfox those guys!

Questions for fellow quiescent, taken-for-granted progressives — Who’s cornered, the Republicans or us? How did we end up in this dreary little right-of-center prison, with a president who has repeatedly pretended compromise and surrender mean the same thing? And how do we get out of this place?