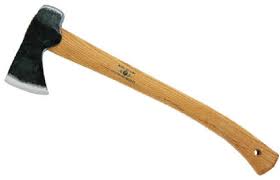 The Republican credo: austerity measures for all but the wealthy

Corbett in Pennsylvania, Christie in New Jersey, Walker in Wisconsin, Kasich in Ohio, Snider in Michigan, Daniels in Indiana and LePage in Maine are governors with the same objectives: break labor unions, privatize everything from school systems to liquor stores, boost the power of the millionaires and corporations.

In all of these states, most voters didn’t realize how ruthless these people are until after they’d voted them in. This month, N.J. voters are having second thoughts, and some of their legislators might be getting the message:

A resolution that would allow voters to decide whether to restore a higher tax rate on actual New Jersey millionaires has been introduced in the state Senate by Sen. Shirley Turner (D-Mercer). If voters approve the ballot question, the personal income tax rate on taxable income over $1 million would be increased from 8.97 percent to 10.75 percent, and the revenues from the levy would be dedicated to property tax relief. New Jersey has the highest property taxes in the nation. “An overwhelming majority of New Jersey residents indicated their support of resurrecting the millionaire’s tax, according to a recent Rutgers-Eagleton poll,” Turner said Tuesday. “Seventy-two percent of New Jerseyans approve of the idea; the level of support for this tax reflects a strong public opinion that the sacrifice during these tough economic times has not been shared by the wealthy.”

Turner’s idea probably has no legs. Even if it does, Christie’s blitzkrieg for the wealthy will continue on all fronts. He has refused to discuss millionaires’ income taxes and instead is planning a new gift for them — a massive estate tax cut. Similar cuts have been proposed by LePage and Kasich, and are part of the multi-state rightwing effort to shift the tax burden from the wealthy to the middle-class.

I suspect Christie is watching the polls and, if it seems the smart thing to do, will begin to tone down his Ralph Kramden act before the presidential primaries, maybe by losing a hundred pounds and lowering his voice a few dozen decibels. But his propaganda machine will keep cranking out the same lies, in the hope that constituents won’t catch on to the enormity of the con job he is perpetrating in the name of austerity.