A moment of clarity at the coffee shop

Consumer protection starts with saying no to ATM fees

A small example of how banks take advantage of customers and why Elizabeth Warren should be appointed to lead the soon-to-be-established Consumer Financial Protection Bureau: 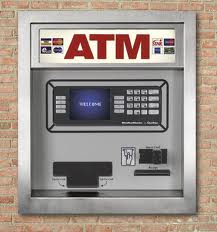 On most days I stop for a double espresso at one of those South Philly hipster hangouts where tattoos and laptops are de rigueur. Yesterday I realized I’d brought no cash. The barista directed me to the ATM in the back of the shop, which tried to charge me $2.50 for the lousy $20 I was about to withdraw. You’ve got to be kidding, I said to the machine, as if I was talking to one of the cold-blooded creeps who run the handful of giant banks and financial services firms that routinely shake down bank customers everywhere.

I was talking to one of the creeps. Not to a flesh-and-blood banking executive, of course, but to one of his mechanized stand-ins. Think about it — banks and financial firms screw us on the macro level, by making reckless bets with our money and ending up billions of dollars in debt, and on the micro level, through usurious lending and service fees imposed on individual customers for the sole purpose of enriching the creeps.

Which is why I extracted my ATM card and said to hell with it, you’re not getting my $2.50 and the extra $1.50 my bank would charge me for having used a rival bank’s ATM, I’ll wait until I can use the ATM at the bank where I have a checking account. But this was small consolation, because the reality is we’re all caught in the same trap. My bank’s ATMs gouge users who have accounts elsewhere. Some banks’ ATMs charge as much as $5 per usage fee. They all take advantage of customers because that’s what the law allows.

In May, Sen. Tom Harkin (D, IA) tried to introduce an amendment that would cap ATM user fees at 50 cents, but he was blocked by Republicans and bank-friendly Dems. The so-called finance reform bill, passed later that month and signed into law in July, contained no ATM fee cap provision and is, in general, a watered-down version of the the bill that was meant to “give states more power in going after big banks that violate consumers.”

The banks and ATM servicing companies, along with Republicans and DINOs (Dems In Name Only) in Congress, defend high ATM fees as essential to their effort to provide full service for customers. Without the fees, they say, banks wouldn’t be able to pay companies that install, maintain and service ATMs, and there would be a resulting cutback in the number of available ATMs.

To which I’d reply: Banks started providing ATMs — for free, at first — because the machines would boost their profits, by allowing them to process more transactions per day using fewer employees. (Think of all the tellers and other workers who lost their jobs because of ATMS.) If ATM companies threatened to eliminate some machines because of fee caps, then banks would make new contractual arrangements with these companies, if only to prevent narrower profit margins for the creeps at the executive level.

Elizabeth Warren knows that ATM fee caps, as well as caps on sky-high credit card interest rates and other usurious practices, and she seems ready to take action on these reforms and many others. That’s why Timothy Geithner and other bank-friendly Obama administration officials don’t like her, and why we all should petition President Obama to choose her to lead the consumer protection bureau.

Meanwhile, protect yourself. Don’t use ATMs that charge a fee. The more you acquiesce in the shady practices of bank owners, the more they will gouge you. Ask the barista to front you a coffee, then pay up next time and leave her a good tip.