We’ve got a long way to go, baby 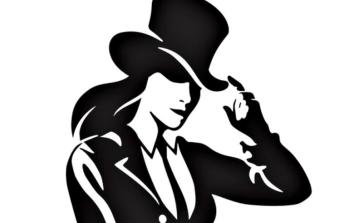 …to coincide with Women’s History Month and International Women’s Day celebrations. In a multi-faceted attempt to support women in business, culture and politics, the company will donate $1 for each bottle produced to nonprofit campaigns like Monumental Women…

The ad campaign features a female version of the Johnnie Walker “striding man” logo and the slogan “With every step, we all move forward.” It’s like the campaign for Virginia Slims, a cigarette brand that appeared in 1968 and used the slogan “You’ve come a long way, baby” to persuade women to take up the smoking habit.

Here’s how far you’ve come, baby: You’re still being condescended to by con men who will voice support for just about any cause that might increase their bottom-line profits.

And here’s how far we’ve all come: We’re still being duped into accepting it’s perfectly normal to bow down to corporations that have perfected the art of convincing us to buy stuff we don’t need at prices few of us can really afford.

The Jane Walker phenomenon is not about promoting “gender equality.” It’s about teaching women to be good consumers and to endorse a corporate culture in which CEOs make about 350 times more money than the average worker, a disparity that no other country comes close to matching.

So drink up, boys and girls. The more things change, the more they stay the same.

1 Response to We’ve got a long way to go, baby