Being white in Philly Mag

[Update: I walked into a South Philly CVS and saw that headline again, screaming at me in bold white caps, and I thought oh no, race war, end of the world!]

It’s hard to read Philadelphia Magazine‘s March cover piece, “Being White in Philly,” by Robert Huber, as anything more than an exercise in cynicism. Huber had to know that his confused personal impressions regarding race relations didn’t add up to an actual story. And his editor surely saw that the piece was ill-conceived and unresolved, more likely to stir up resentment than encourage dialogue between black and white city residents.

Maybe you’re reading this and thinking OK, Philly Mag has been publishing variations on the same racist theme for decades, so why bother commenting on it? I guess because the article seems so disingenuous. Huber affects the “why can’t we all get along” tone of a white Rodney King, but with little bombs of condescension that could only have been meant to provoke: 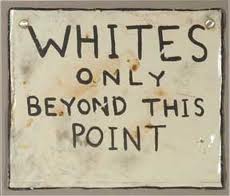 But like many people, I yearn for much more: that I could feel the freedom to speak to my African-American neighbors about, say, not only my concerns for my son’s safety living around Temple, but how the inner city needs to get its act together.

Substituting “inner city” makes Huber’s generalization seem even more insulting than it would have if he’d used “blacks.” His professed yearning to speak to his black neighbors reminds us that he didn’t quote, and perhaps didn’t even speak with, any black Philadelphians while doing his research, if you can call it that.

The article will piss off blacks while appealing to the magazine’s core demographic — reasonably well-off and well-educated whites who respond to ads for luxury cars and liposuction. Huber and Philly Mag are saying it’s OK for these whites to think of themselves as tolerant despite their fear and loathing of blacks; that it’s only natural to feel this way about people who, after all these years, still can’t get their act together.

Huber was writing more about class than race, but acknowledging this fact would have called attention to the superficiality of his analysis. He offers a brief history of white flight from Philly, but mentions none of the underlying socioeconomic factors — red-lining, gentrification, wage stagnation, de-industrialization, etc. — that have widened the gulf not only between whites and blacks but also between the well-off and poor of both races.

I was there, growing up in a Philly neighborhood that was transitioning from white to black in the 1960s-1970s, running with other white kids who were engaged in an ongoing street war with black kids. All the shootings and stabbings were manifestations of forces that all of us, black and white, couldn’t control or even understand.

Articles like “Being White In Philly” do nothing to shed light on why these forces persist. But such articles do boost print sales and online traffic, and that’s the bottom line.

More than anything else, class now determines Americans’ fates. The old inequalities — racism, sexism, homophobia — are increasingly antiquated. Women are threatening to overwhelm men in the workplace, and the utter collapse of the black lower middle class in the age of Obama — a catastrophe for the African-American community — has little to do with prejudice and everything to do with brute economics. Who wins and who loses has become simplified, purified: those who own and those who don’t.

This entry was posted in history, life in the big city, mainstream media, Philadelphia and tagged Being White in Philly, Philadelphia magazine, racism, Robert Huber, Rodney KIng. Bookmark the permalink.