A major glitch in the Romneybot 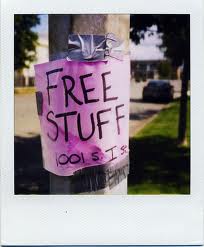 Mitt Romney is quick to spout racist slurs and lies about the economy, but most Republicans can’t really warm up to him, not even the wing nuts.

From the always-quotable Matt Taibbi:

Most presidents have something under the hood – wit, warmth, approachability, something. Even the most liberal football fan could enjoy watching an NFL game with George Bush. And even a Klansman probably would have found some of LBJ’s jokes funny. The biggest office in the world requires someone who buzzes with enough personality to fill the job, and most of them have it.

But Romney doesn’t buzz with anything. His vision of humanity is just a million tons of meat floating around in a sea of base calculations. He’s like a teenager who stays up all night thinking of a way to impress the prom queen, and what he comes up with is kicking a kid in a wheelchair. Instincts like those are probably what made him a great leveraged buyout specialist, but in a public figure? Man, is he a disaster. It’s really incredible theater, watching the Republicans talk themselves into this guy.

Taibbi’s words were in response to Romney’s recent speech to the NAACP, and to his speeches the next day to Republican crowds in Montana. In his false attempt to reach out to the NAACP, Romney offered up the standard Republican talking points — Obama’s health care bill is a sham, government is evil, and so on. His speeches in Montana were to remind his core constituency — white, ring-wing males — that he had tried but failed to find common ground with the sort of people who support “Obamacare,” those who want “more free stuff.”

The Montana crowds cheered Romney, but even the dopiest right-wingers know he once supported Obama-style health care and is incapable of taking a principled stand on important issues. His candidacy is hard for them to accept. It’s as if Karl Rove and a team of fascist engineers tried to create the ideal Republican robot/android but screwed up the coding and produced a monster of falseness, grotesquely awkward and cold, embarrassing to the very people they were hoping he would impress.

But Romney is all they’ve got, so he will eventually help answer a big question: Is there any candidate, no matter how shallow and unscrupulous, who can’t be sold to voters if super-rich power brokers are permitted to spend unlimited amounts of cash on his or her campaign?

4 Responses to A major glitch in the Romneybot