Snooki hits back at critic of her Rutgers gig 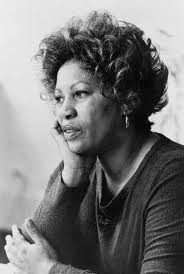 Who's this Tony Morrison guy? Snooki and Rutgers students want to know.

What’s worth more? A commencement speech by a Nobel-winning novelist? Or a pair of Q&A sessions with one of reality television’s biggest stars? At Rutgers University, Snooki edges out Toni Morrison by a couple thousand dollars. Last month, Rutgers officials said they had booked Morrison — author of “Beloved,” “Song of Solomon” and other novels — to speak… at commencement in May. She will be paid $30,000… Rutgers students said they had also made a big-name booking. Snooki… appeared at two question-and-answer sessions at the Livingston Student Center in Piscataway. Her fee: $32,000.

An nj.com reader’s posted response to the story:

When asked what her advice was for Rutgers students, [Snooki] said: “Study hard, but party harder.” Great advice. No wonder today’s college graduates can barely spell.

A reply to the reader that I drafted for Snooki, in response to the nj.com reader:

Here’s one word I can spell — L-O-O-S-E-R! You’re just jealous because everybody likes me, ’cause I go through the boyfriend break-ups and the friend stuff and the fights and stuff like that, and ’cause I’m like, relate-able, even though I don’t sing or any of that stuff. You want to know why I’m relate-able? It’s because I say what’s on my mind, which is nothing, and most people can relate ’cause they’ve got nothing on their minds, and nothing relates to nothing, if you know what I mean. And what’s it to you that Rutgers college paid me more than this Tony Morrison guy that writes books that nobody reads? Do they even make books these days except for loosers like you? If this Morrison guy is so smart, how come his agent only got him 30K? It’s ’cause I’m relate-able and he’s not, end of story.