It’s depressing to think that there was no way to win that would not have involved giving away billions of dollars to people who don’t need it. But it’s kind of cheery to think we have a president who actually does know what he’s doing.
— Gail Collins, Dec. 23 New York Times 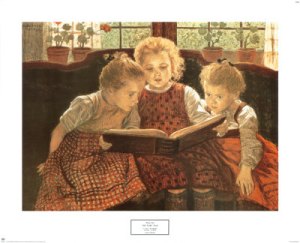 Once upon a time, there was an adversarial press corps in D.C.

Santa’s been good to you, hasn’t he, Gail? You have a cozy gig covering national politics, far from the madding crowds waiting to apply for minimum-wage jobs, and from millions of solitary basket cases peeking out their windows to make sure the repo man isn’t creeping up the driveway.

Maybe this is why you seem to believe congressional Democrats — the lame ducks lined up all in a row, ass-backwards — have done a good job.

If Barack Obama “actually does know what he’s doing” — if he really did surrender on tax cuts for the rich in order to make possible the repeal of “Don’t Ask, Don’t Tell” and the New Start treaty and the bill to help 9/11 responders — then he’s even more incompetent or sinister than most of us thought.

Has it occurred to you or your colleagues, Gail, that Obama and the Dems, by quitting without a fight on the tax-cuts issue before mid-term elections, sold out all constituents who make less than $250,000 a year? That Mitch McConnell and the other GOP uglies are happy to give ground in a few battles — 13 months of benefits for some of the jobless, DADT, money for first responders — now that they’ve won the war?

Is there even a blip of suspicion on your radar screen regarding the fact that Obama only took a stand on issues that don’t buck the interests of billionaire bankers and corporate chiefs?

Now we’re saddled with close to $1 billion more in debt, with a budget hole too deep to climb out of, and with a large influx of new congressional Republicans, many of them tea party types, who plan on dismantling what’s left of the laws put in place over the last 75 years to protect the poor from the super-rich. How cheery is that, Gail?

You’re telling a story that’s wildly different from the story most of us are living. You and your D.C. colleagues are on snooze control, writing about the imaginary enmity between wealthy senators, seemingly blind to the real news all around you. Are fairy tales the only stories you’re allowed to tell?